Peek into an Engineer's mind

Toshiba is showing clear signs of dominating the laptop Industry by its new array of products. I recently purchased a Toshiba L750 and I bought the product half heartedly because Dell was my favourite brand. But over the last two months Toshiba has amazed me with its performance and elegance.

The Toshiba Satellite L750 is available in many various configurations. Processor options range from the entry level Intel Core i3 2330M, the midrange processors Core i5 2410M and 2430M, up to the high performance Intel Core i7 2670QM. Intel’s integrated HD Graphics 3000 or Nvidia’s entry level graphics cards, GeForce GT 520M or the GeForce GT 525M can be selected as the graphics solution.

It has a sata Hard disk of 500GB and a DDR3 RAM of 4 GB. The hard disk is very fast and stores enough data.

The power socket is located on the rear right. It is followed by the DVD drive and two USB 2.0 ports.

The rear doesn’t have any interfaces. The 5in1 card reader, for MMC, MS/MS-PRO, SD and SDHC, is on the front.

Toshiba hasn’t done a good job with the interface positioning. All ports are located on the front area of the sides. Consequently, the room beside the notebook is very limited when the ports are used.

Toshiba L750 has a qwerty keyboard witha num pad. The touchpad is nothing more but an area with a rough surface , the area of touch pad is actually quite small compared to the total area. The keyboards too are not the best looking.

A 48 Wh lithium ion battery is used in the Satellite L750. The laptop manages a runtime of good four and a half hours with that.

The Satellite is remarkably rigid. The display lid can be dent clearly, but no color distortions are passed on to the screen. The hinges are strong and have a good grip on the screen. But the base unit has to be held down to open the laptop because it would otherwise lift up along.

The area of the optical drive can be dented a bit on the bottom. The rest of the notebook hardly yields. The area between the keyboard and display seem particularly stable. The base unit can’t be warped and doesn’t emit any creaking noise.

Heating is much less and even on over usage the whole laptop doesn’t get heated, only the air ducts area gets heated.

Overall, the Satellite L750 is aimed at users who need a solid notebook, but don’t want to squeeze out the last MHz of performance. The processor’s performance is easily sufficient for editing pictures or videos. On the whole Toshiba 750 is a promising product for mid range customers and it delivers high performance computing within your budget. 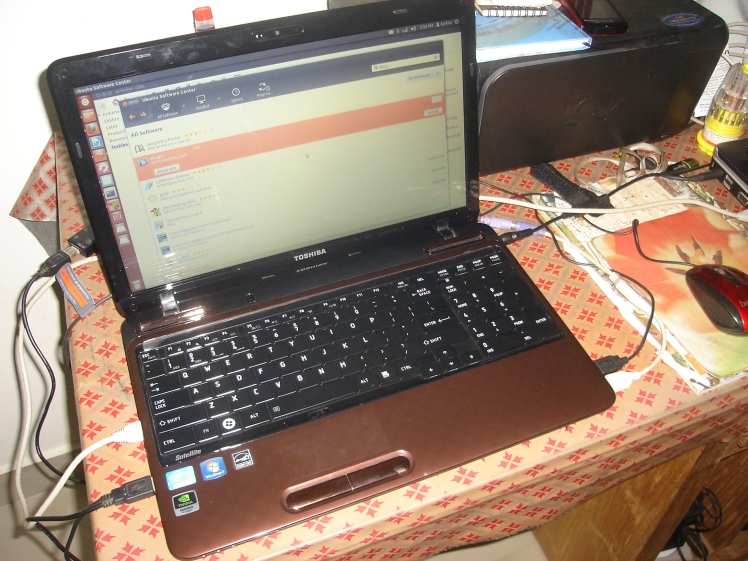