Peek into an Engineer's mind

After spending a restless Saturday at home, I decided to go trekking at Ramadevara Betta. This was 12th of February. A fine Sunday morning. Finally the winter slowly receding from Bangalore, the mornings are not as cold as it used to be till a couple of weeks back.  Started off from Bangalore around 6:00 AM in the morning and we crossed the NICE road tollgate by 6:30 AM. The sun was rising behind us and the moon was setting just in front of us. I decided to stop to take a few quick shots. 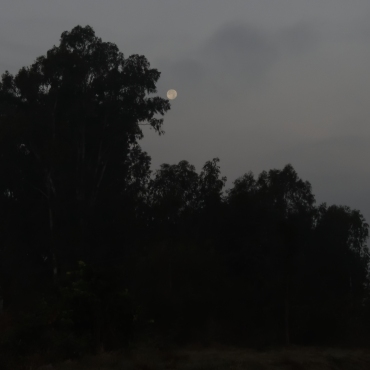 How the moon really looks to the naked eye

I was enjoying the bullet ride when my wife reminded me of breakfast. Till then I had forgotten about that but since she mentioned it I could feel my stomach rumbling. We had reached Bidadi by then. We saw ‘Stop Over’ ( Had a bad experience previously). Further ahead there was this place called ‘Malgudi Vatika’. There was serene atmosphere to this place. Two gentlemen dressed up in white Shirt and a white pyjama, resembling the characters from R.K. Narayan’s stories. The waiter had a thick rectangular moustache, which was perfectly trimmed at the edges. He had a black ‘Freedom fighter’s cap’. He reminded me of some shop keeper character in the small town of Malgudi, which R.K. Narayan had described. 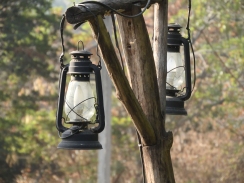 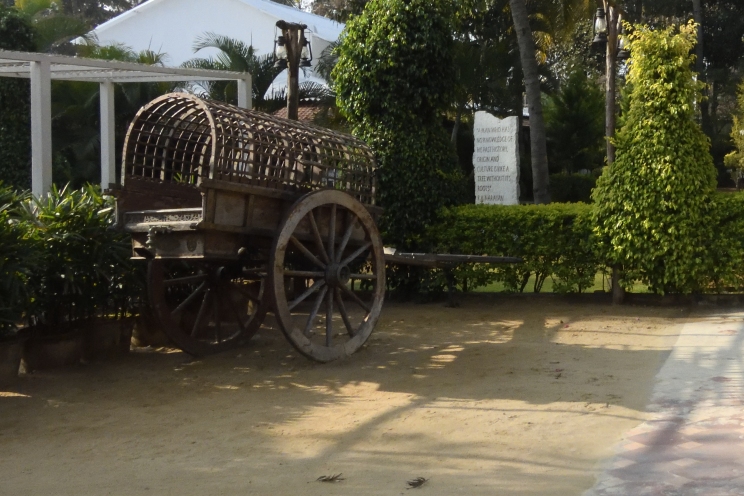 After breakfast it took as another 1.5 hrs to reach Ramanagara. Right after the Ramanagar town we took a right. The distance to the the base of Ramadevara Betta from the main road is hardly 8 kms. The road goes through a village and there are houses and a few farm lands on both sides. There were hardly any shops after taking the deviation from Ramanagara.

Ramadevara Betta is a hill full of Granite rocks. It has a very old temple dedicated to Lord Ram. It is believed that Lord Ram visited this place during his exile. More than a trekking spot, this is a pilgrimage site. For nature lovers this place has thick vegetation full of birds and butterflies. Ramadevara Betta is also a vulture sanctuary and hence it is under the control of the Karnataka Government. The place has been maintained neatly. This was one of the very few places were I have seen almost zero plastic waste.

This place is also famous as ‘Gabbar Singh’s ‘ hideout in the Bollywood movie Sholay.  ‘Passage to India’ a Hollywood movie was also shot at this place.

Before the trip I had read about this place and it had been mentioned as a moderate-difficult trek. But right from the base of the hill there are steps and railings. There are a few temple priests to guide you through. There are a couple of small shrines on the way. Me and Pooja were climbing slowly listening to every bird and trying to spot as much as we could. The Purple rumped Sunbird was quite elusive and Pooja managed to get a shot of it. 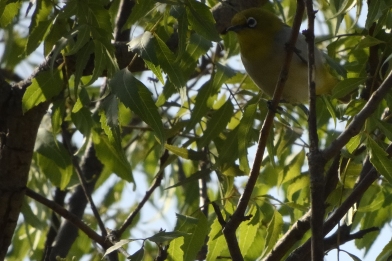 This was followed by a tussle with the Oriental White eye to give a good pose. We were already happy to have spotted two new birds to add to our list. There were a couple of beautiful spots on the way to the top that gave a very good view of the surrounding hills.

The flight of steps lead to the Ram Temple, after which this place got its name.

We had reached the final flight of steps. It looked really steep and here the steps were actually carved into the rock. They look intimidating but are easy to climb as there are railings.

These steps take you to the top which has a constant wind blowing and beautiful sceneries  with a 360 degree view. At the top we were greeted by a paddy field Pipit, and finally when we had decided to decent back out of nowhere an Egyptian Vulture flew by. It happened so fast that I did not have time to focus my camera and take a shot. Although the Vulture sanctuary is well known for the Long Billed Vulture, I was happy with what I had just s, and we began our decent.

The trees here are full of birds, I was able to spot and identify only a few of them as I am new to this game. But Ramadevara Betta is a good getaway spot from the busy city life. 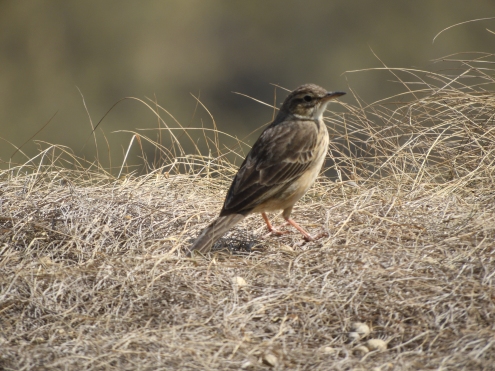