Bangalore a city once famous for its beautiful climate, gardens and lakes, has been declared as one of the most polluted cities in the country.
In a recent study conducted by the prestigious Indian Institute of Science has said that this city will be ‘Unlivable’ in the next 5 years. The maddening pace at which urbanization and ‘development’
that has happened in this city has ruthlessly cleared out the greenery and the Lakes that once were the pride of Bangalore.
This series of blog posts is based on my visits to the lakes in and around this beautiful city.
The first post in this series is about Kaikondrahalli lake. This is the story of a group of people who decided to save a lake that was almost at the verge of extinction.
This lake is on the Sarjapur Road, at about 6-7 km from the Outer Ring Road.

I had come to know that a restoration project was undertaken to save the lake somewhere in 2010, where people from the area had gathered and approached the BBMP to prevent illegal
encroachments and to prevent the drainage that was flowing into the lake. Today this is a well managed area and is quite clean and pollution free. 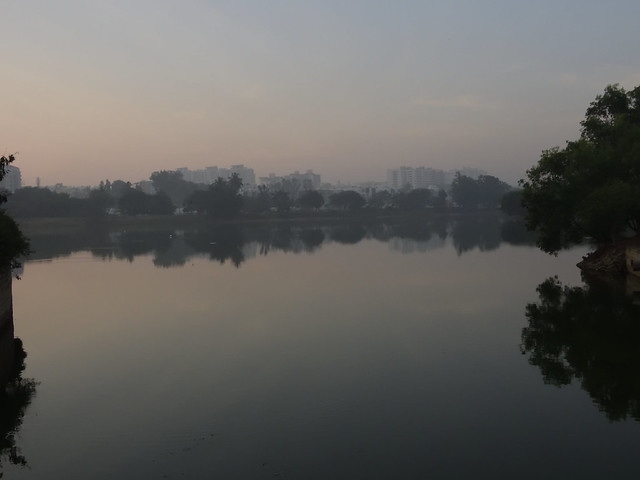 I visited this place on a fine Sunday morning. A 48 acre area in the midst of the dusty and polluted area of Bangalore.
This lake is part of the Varathur lake chain and is also connected to the Kasavanahalli lake. A picturesque spot full of bird activity and fresh air.
The early rays of the sun paint the whole scene with a beautiful orange tint. This place has a wide range of ecosystems. 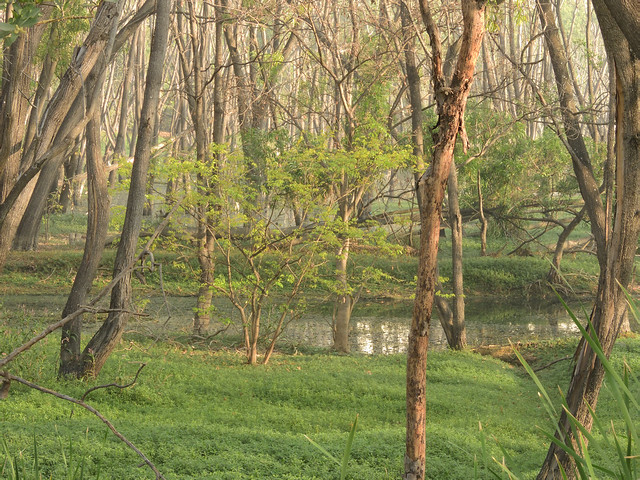 There are marsh lands, shrubs, and really tall trees. This provides habitat for a wide range of birds.
The first sight I saw was that of a spot billed pelican gliding through the water. The water was so still and clear that even the reflection of the pelican was like one in the mirror. 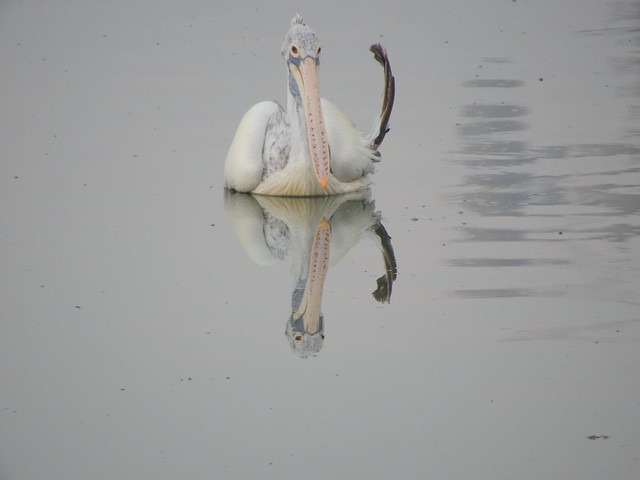 When I reached there were already a few people on the jogging tracks. I strolled along the sides of the lake listening to the tweets of so many birds, most of which were hiding in the bushes and trees.
There is an island in the middle of the lake, which is a breeding ground for cormorants, purple herons, darters and the spot billed pelicans.
I was lucky enough to see a Kingfisher having its breakfast. 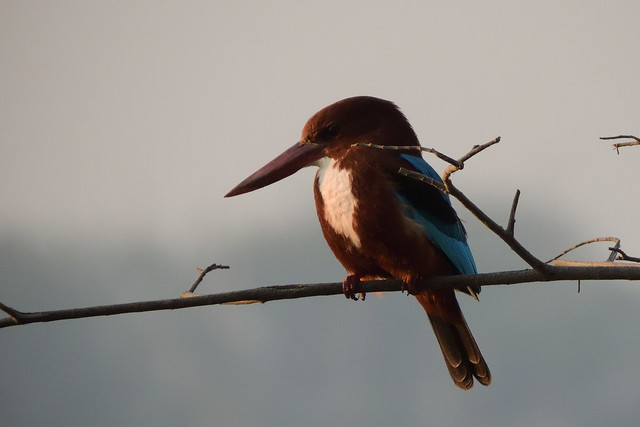 On one side of the lake there are high rise apartments and on the other side there is a slum. The lake is sandwiched between this stark contrast.
There are constructions going on and one can only hope that this fast paced development does not ruin what is left of Kaikondrahalli lake.