The first time I saw the name Munroe Islands was almost a decade back. It was during a train journey from Kottayam to Thiruvananthapuram, that I noticed a small railway station called ‘Munroe Thuruthu’. It might have been the name that fascinated me. I used to wonder what was outside that railway platform. What the lives of the people there would have been like. I had imagined a place with British era bungalows.

Some where in 2019 after the one year anniversary of the devastating floods in Kerala, I happened to read a editorial article about the plight of the residents at Munroe Islands. The article went on to say that the residents live in water clogged houses through out the year and that many families have left behind their land and are looking for better living opportunities. And how the authorities have completed turned a deaf ear to the remaining people of Munroe Islands.

During one of my recent vacations to Kerala, we decided to visit this exotically name place called Munroe Islands.
We started of from our relative’s place at Kollam after a 1 hour drive the townscapes started giving way to the typical Kerala style villages. With narrow tarmac roads with foliage on both sides, interspersed with houses. And after every few kilometers there would be a junction, which had a handful of shops.

Then came the Ashtamudi Lake and now homes were replaced with ‘Home Stays’. There were canoes, ready to take tourists for a ride. 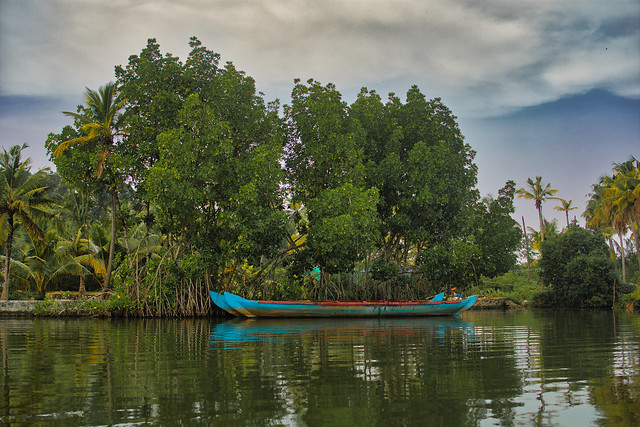 It was a little past lunch time so everyone in the group was hungry and we were on a look out for a decent place to eat before we continued further. We stopped to ask for a good suggestion and the a few local folks said that either we could drive to one of the home stays or they could take us on their canoes. After much thought and bargaining on the rates we decided to try the canoe ride. 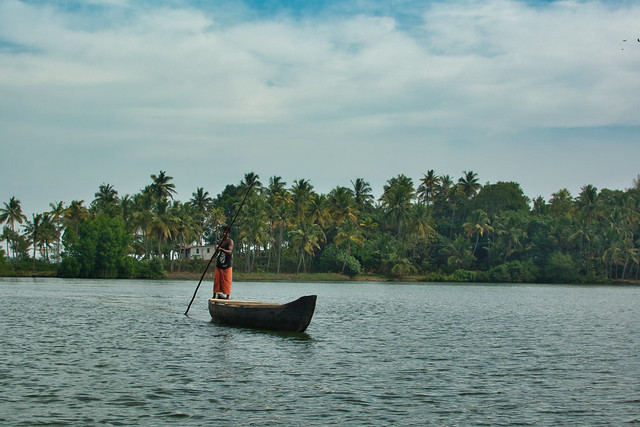 We got on one of the boats one by one with the canoe shaking at each movement that we made. We almost were about to rethink our decision about getting on to the canoe, given the fact that my 2 year daughter was with us, but our boatsman Mr. Shiju assured as that the canoe was capable of handling even larger crowds and that there was nothing to worry. For some of us his assurance was not good enough so we enquired about life jackets, to which Shiju responded with a smile and told us that the water was not too deep. 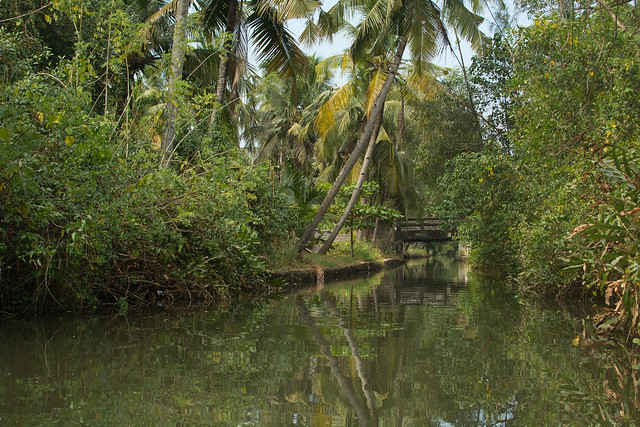 The canoe moved through the canals. I have to admit that although I have been on boat rides in other parts of Kerala, like the famous backwaters of Alapuzha and Kumarakam and the likes of it. This was unlike any of those rides. There was a homely feeling to those narrow canals and the mangrove forests. The place was indeed beautiful. It was like on of those places right out of the travel guide pictures. It might not have been the English colony that I had once imagined but this was far more better. It really felt like God’s own country. Some of the Islands had houses. Yes they indeed were beautiful and might be perfect for visitors to enjoy the waking up to a cool breeze and the view of back waters, but one can only imagine the struggle of the every day people over there. 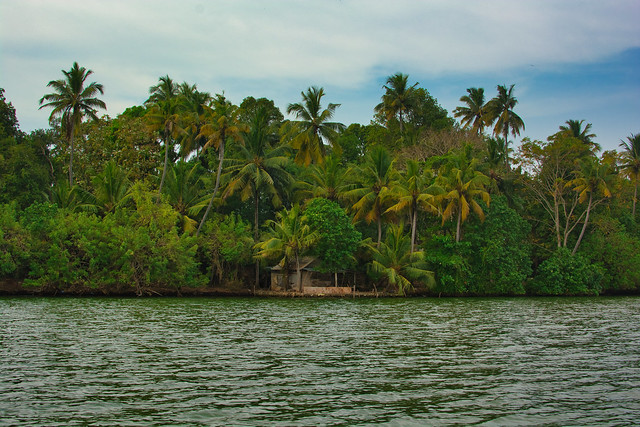 Mr. Shiju took us along those canals and tried to add in some adventure as well, there were areas where the mangrove branches were low lying and one had to lie down inside the canoe to cross them. 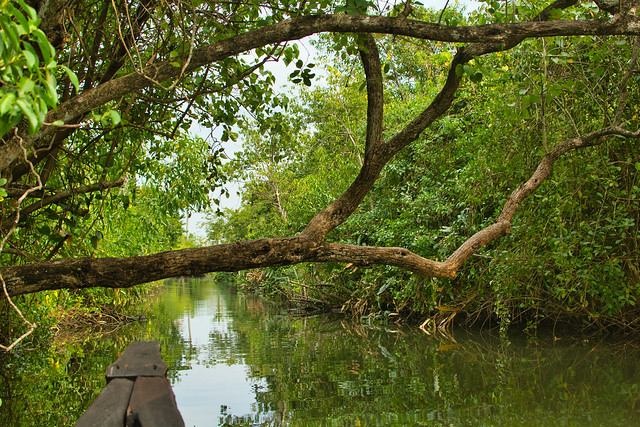 The whole place looked like scenes from postcards. After around 30 minutes of the ride. We approached a shack. Shiju docked the boat close to the shack. It was more like a small house with an extended shed. There was seating arrangement “inside”, as well as an outdoor seating arrangement. I couldn’t make much difference between the two.

We were served the regular Kerala rice with all sorts of fish and chicken curries. Maybe it was the hunger but everything seemed delicious to me. Although the shack was on the canal there was nothing out of the ordinary to see, It was just water on all sides. So I gave rest to my camera and concentrated on the food. Things were disappearing as soon as they were being bought to the table.

After lunch we got back on the canoe and we took a different route this time. We saw the infamous Perumon bridge. This railway bridge once
collapsed and caused on of the greatest railway tragedies in the history of Kerala. Shiju recollected the memories, he was small boy and some of his neighbors were on that train. We also saw the spot where the elephants cross the river for the Pezhumthuruthu temple festival. After dropping us at our car parking spot, The local men there asked us to take the traditional route that connected Kollam town to the Munroe Island, which involved crossing the lake on a ferry. Driving our cars onto a ferry was an exciting experience. And these ferries are no modern machines, They are old shaky boats, chugging through a 500m distance in about 10 minutes.

If any of my readers ever plan a trip to Kerala. I would suggest that they drop the regular touristy spots from their itinerary and try to include Munroe Islands as a replacement. You will not regret it and for the shutter bugs out there, you will thank me later.
For those of you who are wondering how the place got it’s name. After coming back from the trip I did search the internet and found that the place was named after Colonel John Munro who served as the Deewan of the King of Travancore.